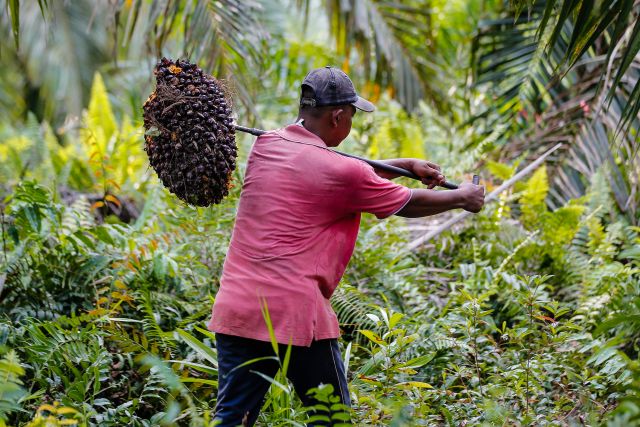 The Oil Palm Development Association of Ghana (OPDAG) has called on government and other stakeholders to urgently check the increasing number of illegal operators in the oil palm industry.

Speaking at a press conference last Wednesday, President of the Association, Samuel Avaala, stated that government must set up a supervisory body to check the illegal activities.

He revealed that the activities of the illegal operators include duty/tax evasion and tax avoidance in the form of under-declaration, under-invoicing, misdeclaration, smuggling, removal in-bond, removal in transit and other forms of corruption at entry points.

“We want the government to perform its supervisory role and ensure adherence to proper duty on import of refined oil products under protective measures or even consider an outright ban on importation of finished packed oils that are currently being produced locally as it pertains in countries like Nigeria and others” he stated.

“If the government fails to do this, local production of oil palm will be stifled and it will have a negative impact on the refining industry and a ripple effect on the value chain including the farmers and all the suppliers” he adds.

Mr. Avaala also bemoaned the negative effects of importing finished packaged oil into the country, noting that it robs the state of money.

According to him, the Association is pursuing the formation of the Palm Oil Regulatory Authority to regulate the importation and exportation of palm oil. He said the oil palm industry in Ghana risks a total collapse if strict prohibitive measures are not taken by policy makers.

Lead Facilitator of the press event, Gangadhar Shetty, Chief Commercial Officer of GOPDC, insisted in his presentation that the country’s palm oil industry has the capacity to meet local demand.

“This is a clear indication that the local manufacturing companies have the ability to cater not only for local demand but also the ECOWAS markets through exports of international quality packed oils thus bringing in the much needed foreign exchange earnings,” he stressed.

The Oil Palm Development Association of Ghana is a business registered under the laws of Ghana and formed under the umbrella of oil palm farmers in Millers and end users.

Its members comprise all the relevant stakeholders and value chain actors in the oil palm industry in Ghana.

They include small and medium to large scale oil palm growers and processors, refiners, manufacturers, marketers, suppliers and distributors along the palm oil supply chain.